Although there are no specific references dating back to the Middle Ages, some historians place the first written mention of the caves in a message from Roger de Rovenach, the governor of the island, to the mayor of Manacor.

The name “Drach” first appeared in the book “History of the Kingdom of Mallorca” by Dameto.

The German army officer and entomologist Friedrich Will, invited to Mallorca by the Archduke Luis Salvador of Austria, drew the earliest known plan of the Drach Caves.

The French artist Gaston Vuillier visited the caves in 1888. He was a personal friend of Edouard Alfred Martel and had an influence on the speleologist's scientific campaigns. In 1889 he published “Trip to the Balearic Islands”, in which he describes his visit to the Drach Caves in detail.

The caves are mentioned in the book “Clovis Dartetor” by Jules Verne, possibly inspired by the work of his contemporaries such as Vuillier and the Archduke Luis Salvador. One of the chapters lists the wonders of the island and the natural caves of Drach in the eyes of a traveller: “considered the most beautiful in the world, with their legendary lakes, stalactite chapels, clear, fresh pools of water, their theatre, their hell, fantastic names if you wish, but that deserve the wonders of these immense underground structures!”.

Frenchman Edouard Alfred Martel, considered the father of modern speleology, arrived in Mallorca in September 1896 on the advice of his friend Vuillier and under the protection of the island´s wise patron and great historian, the Archduke Luis Salvador. While exploring in the company of his colleague Louis Armand, he discovered new caves and a large underground lake that bears his name today. E. A. Martel created a schematic plan of the cave with the new areas discovered.

A new entrance to the caves was opened opposite Cala Murta, which has since been turned into the official tour entrance.

After 15 months of work, the Catalan engineer Carles Buïgas, known as “the Magician of Light”, concluded his project for the electric lighting system inside the caves, which includes the show known as “Dawn on the Lake”. 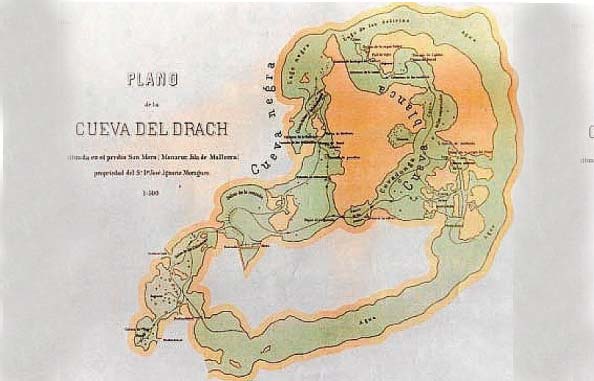 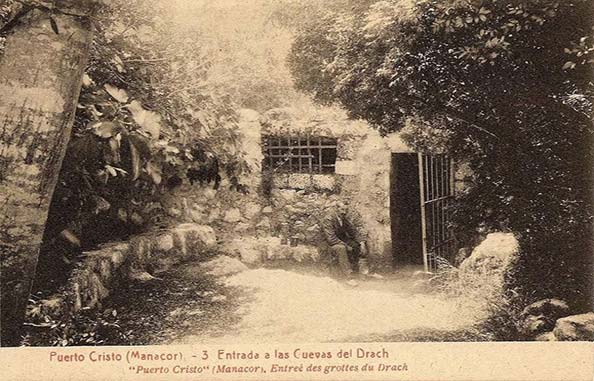 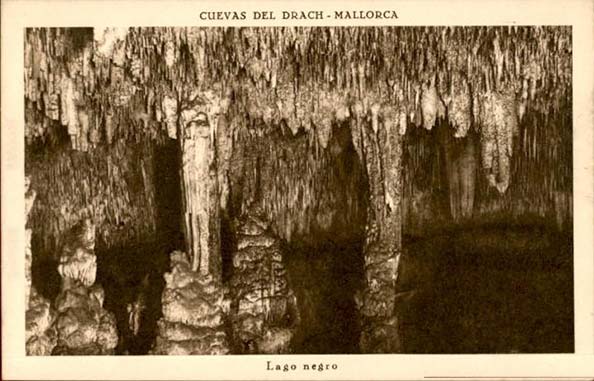 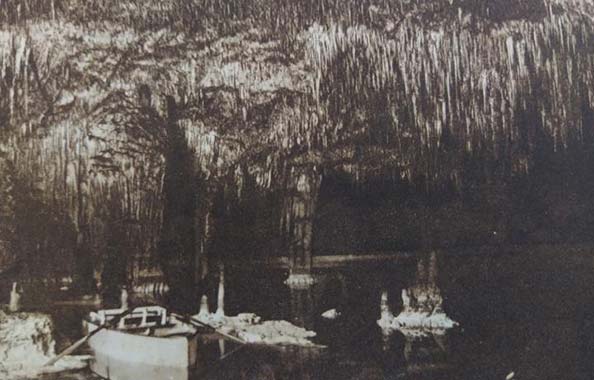 The caves were formed in carbonate rock of between 11 and 5.3 million years ago in the Upper Miocene period, when the Mediterranean Sea had a far warmer climate due to the remains of coral reefs and marine organism shells accumulated on the seabed.

The rocks are calcareous in composition, formed by minerals such as calcite and aragonite, which is easily dissolved by the action of rainwater seeping through the cracks or by the porosity of the ground. These leaks lead to the formation of holes in the ground, which turn caverns and lakes as they increase in size, after which they become covered in stalactites on the ceiling, which drip and form stalagmites on the ground, some of which bind together to form columns.

Stalactites and stalagmites grow between 0.2 and 1.6 millimeters a year.

Other visible formations are the canvases and tree-like stalactites arising from the flow of water in the form of a film.

The different shades on the walls and formations are due to the minerals carried by the water running over the ground.